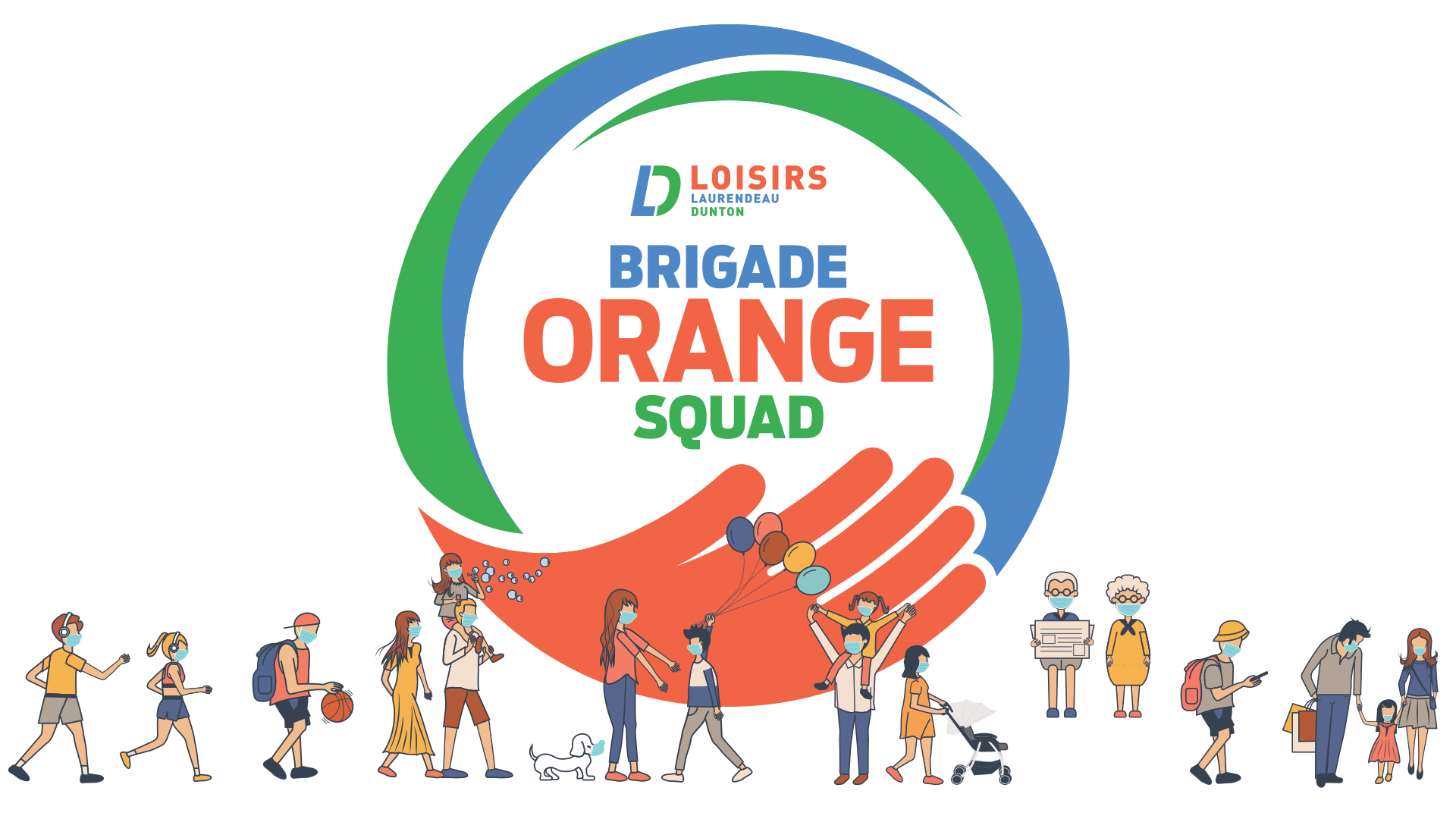 Quite similar to what has been done in several boroughs of the City of Montreal, the Loisirs Laurendeau Dunton has implemented an Orange Squad whose goal is to create and maintain awareness in the community,  and especially among the vulnerable people as well as the members of cultural communities of various origins about the pandemic at COVID-19.

The Orange Squad’s mission is to educate and remind all about the attitude and the actions that people can and must take in order to protect themselves,  other citizens and the residents of the borough of LaSalle against this very serious and often fatal disease and thus, contribute to curbing the spread of the virus in the communities of LaSalle and Quebec in general.

The Orange Squad is responsible for sharing and spreading up-to-the-minute information regarding pandemic developments, recent public health guidelines, government instructions, the benefits and location of community screening clinics as well as available community and institutional resources.

The Orange Squad is called upon to intervene at different levels and in several ways in order to carry out its mission and fully assume its role of creating and maintaining awareness, informing and mobilizing the community.

The Orange Squad is present and visible in public places in the borough of LaSalle and in sensitive areas of the territory.

The Orange Squad knocks on citizens’ doors to catch up with residents, mainly those who live alone, and/or who are older and more vulnerable.

It distributes information brochures and flyers produced in many  languages